The short story is that I felt mine was probably a lemon. It was a Janome 900CPX and lots of people love theirs… and many people (experienced sewers) think they have duds, or they just can never get into a rhythm with their machine not skipping stitches, not going over different layers of fabric (i.e. neck bands)… I think I was one of those some. The whole experience was extremely frustrating and time consuming and after a few days I really felt like, “But I could actually be sewing right now instead of still tinkering unsuccessfully with this machine!!!” So I decided it wasn’t in the cards for me right now, and I did the right thing and sent it back. I may try again in the future but for me right now, if I couldn’t reliably get it to do a hem and a neck band then it was useless to me, and I didn’t want an expensive doorstop.

The main reason I’d bought it was because I really want to sew more knit tops this year, especially coming off my green Lady Agnes and surplice/wrap tops. They can do really lovely and professional coverstitched hems (when they work right), avoid the annoyances associated with using twin needles, don’t require re-threading needles mid-project, all that stuff. A bunch of reasons that have had me a bit gunshy about sewing with more knits. But no matter, I’m back to doing knits with my serger and twin needle only. So that meant that after a weekend of utter frustration, I decided that it might be good to set myself up for success for my next project with knits: another Lady Ages tee in a hot pink modal/spandex mix from Koshtex (worth mentioning I’ve been really pleased with their fabric, I’ve placed a couple of knits orders recently!).

But after that weekend, I thought to myself, “Hmmmm surely there’s a way I could construct a tee in an order that doesn’t have me switching needles in the middle of the project.” So I sat down and wrote out some notes. I want to sew knits, and I want to be happy about it.

My sister-in-law once said about our nephew that she’d accidentally “set him up to fail” with a particular thing, and I realized there can be the opposite side of the spectrum, too: setting someone (or yourself) up for success. So by planning out the steps, I wanted to set myself up for success for this project.

I also wrote down steps I sometimes forget, so that I wouldn’t: what exactly I needed to interface and with what product. That way it would all happen at the same time, at the beginning when the pieces were still flat, because trying to do it in later on the round is nuts and maddening.

I also addressed some “problem” areas that I typically have with knits, to try and make them go better for me. I’m often just really crap at is lining up a neckband seam with a shoulder seam. So I decided to try the other method of adding on the band with only one shoulder closed, then closing the shoulder with the band in. (And I learned I like that method except it makes attaching clear elastic in that shoulder much more fussy when you sew your shoulder seams on a serger, since you don’t want it under the bulky neckband. So I may add in a note to baste just the beginning into place on the seam to make it easier.)

Anyway, I wrote down all of the steps, in order to set myself up for success! A construction order that made sense and accomplished things in a nice order that didn’t annoy me switching needles and such, and addressed a couple of tricky bits. And then, I sewed.

Did it work? Yes! I felt like I wasn’t bumbling between needles and machines, forgetting things like “Oh right, I should have sewed X at this point because now I need to do this and backtrack” and the like. The process went along quite smoothly. 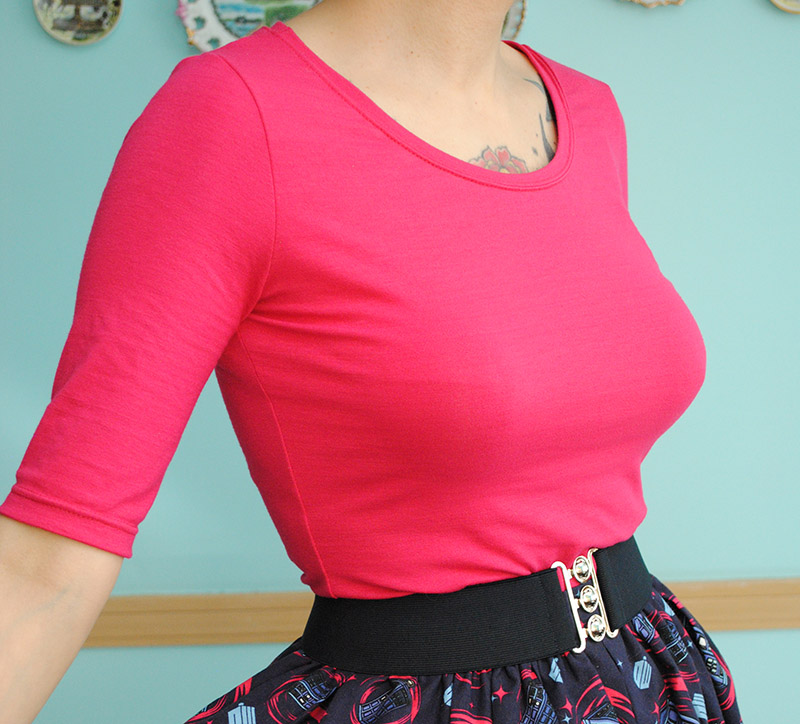 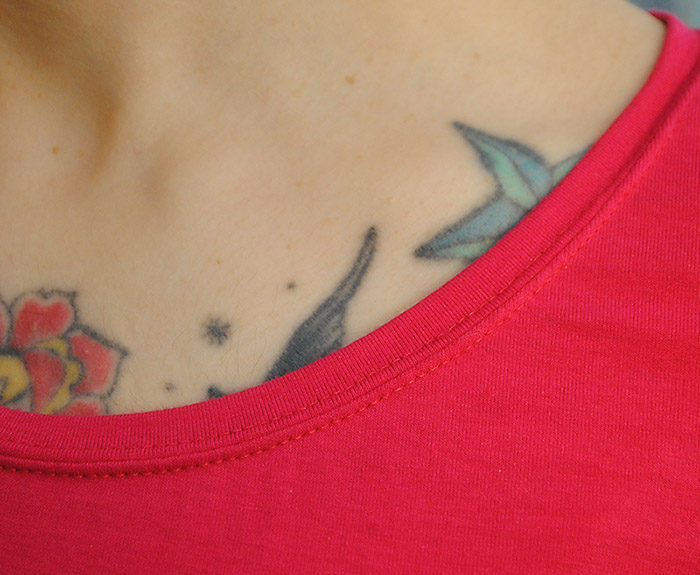 My cheat sheet looked something like the below. Things like pressing, tying off knots, trimming bulky areas and such not included. By the way, Betty is my Bernina and Sergio is my serger. 😉

I doubt I’ll write down a cheat sheet for many types of projects, but for a repeatable staple like a t-shirt that I plan to sew over and over, now that I’ve done it, I can say that I think it’s a great idea! Especially if you’re like me and pretty bored with the idea of sewing basics. I mean, it doesn’t really get a lot more basic than a t-shirt, you know? So having a game plan ahead of time that helped the process go smoothly was really nice!

Have you ever tried to set yourself up for success in a project? I’m so glad I did! 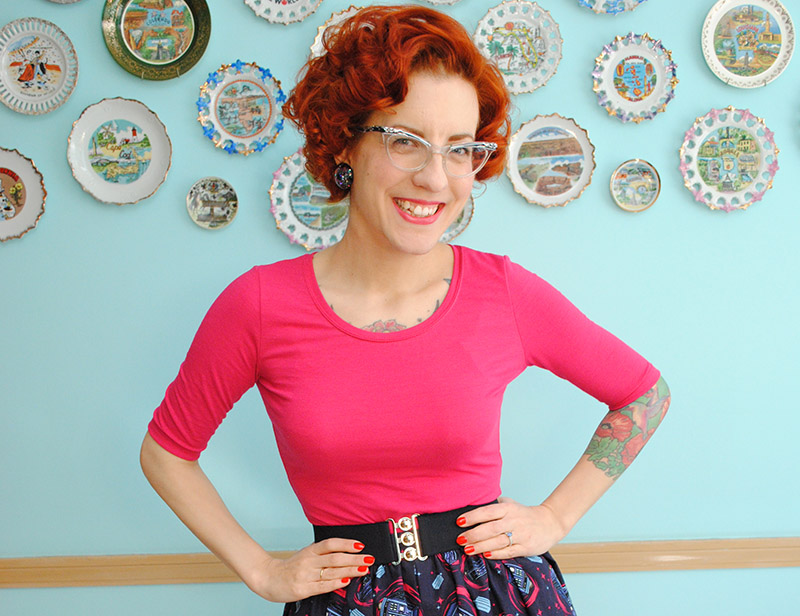 p.s. you’ll see more of this (my second Lady Agnes tee) and the skirt I’m wearing with it soon! 🙂