I have a habit with knitting sometimes, and it’s a habit that does not cross over in the slightest to sewing. I temporarily abandon projects. Maybe for a month, sometimes 6 months, sometimes 2 years or more. 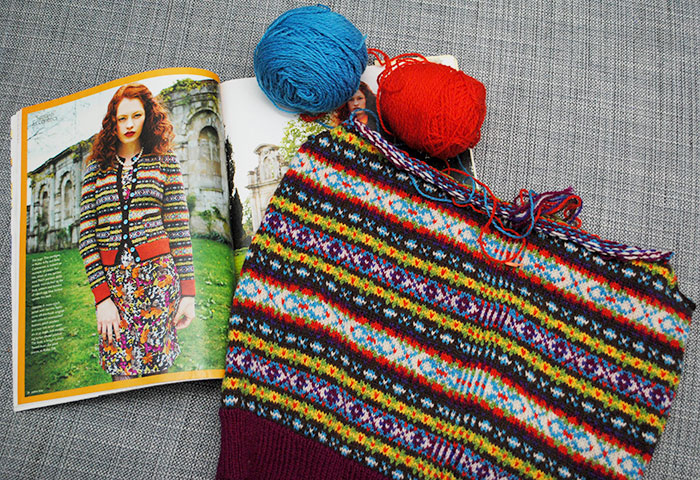 It happens for lots of reasons. Generally speaking, I’m a fast knitter. But sometimes my mind is racing faster than my needles, and off to a new fancy project before I finish what was the new fancy project 2 weeks ago. Or I fall out of love with something. Or I realize my gauge is way off and don’t feel like dealing with ripping back. Or I’ve made a mistake that I can’t bring myself to fix at that current moment in time. Or seasons change and I feel like knitting something else. Lots of potential reasons!

I don’t ever abandon a project because it needs just finishing details, like a button band or seaming or blocking…. when I get to that stage, I will always finish it. But earlier on, well, there’s really no guarantee! I don’t intend to forget about projects, but it happens. And because I have a decent track record of picking back up older projects (not all, but many get finished or eventually frogged for the yarn—my Brothers Grimm cardigan was finished 4 years later!), I don’t lose sleep over it.

No need to beat myself up over it… I mean, I’d probably feel bad if I had bins of forlorn projects that would never again see the light of day, but I do often get back to them eventually. It’s just my way! 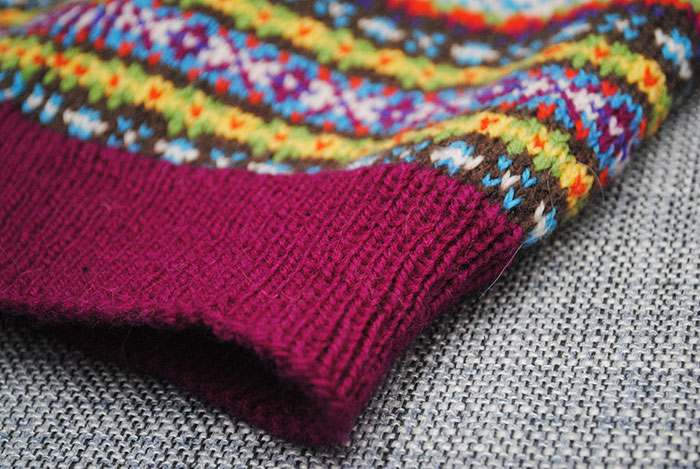 So here’s today’s example. We’re soon off on a lovely and much-needed relaxing vacation to the Upper Peninsula of Michigan, and I wanted a fair isle project to take along. It’ll be cooler than home (probably in the mid to upper 50s), plus I’ll have lots of car hours to knit on the road trip there and back. I waffled on some different ideas, but finally decided I really want to knit Susan Crawford’s latest fair isle cardigan, the beautiful Bowland. (By the way, Susan will soon be doing a KAL in her Ravelry group, for those interested.)

I did a couple of swatches over the weekend for it, and my color combinations weren’t singing to me. So while rifling through my yarn stash yet again for it, I accidentally turned up a fair isle project I’d abandoned nearly 2 years ago. It actually slightly took my breath away—not only had I kind of forgotten about it and the colorwork was gorgeous, but I’d gotten far! 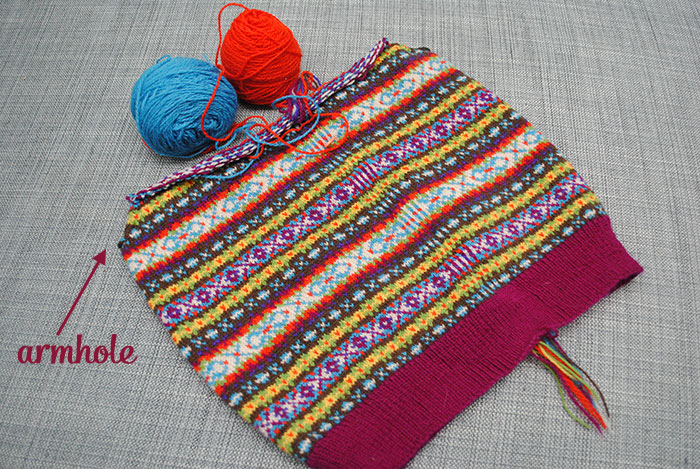 I had the body knit up to about 1″ past the armhole bind off. It took me a minute to remember why I’d stuffed this away… and then it hit me. In a total moment of stupidity, I had setup the armhole steeks (the bridge of stitches to cut later, where the armholes will be) in the wrong places, so the center front was about 1″ closer to the left side than the right. BIG OOPS! It was a (re) slap in the face remembering that, ha ha! Thankfully I hadn’t gotten far after that, but it was enough to piss me off. So away the project went, sad and forlorn for 2 years.

But when I spied it in a yarn bin, I knew it was time to pull it out and finish it! I’ll have to rip or cut back to below the armhole steek, and then reassess everything. It’s from the Fall/Winter 2010 Debbie Bliss knitting magazine. I nearly never buy knitting magazines anymore, but when I saw this cardigan a few years ago and the pullover that’s on the front cover it was love at first sight. It’s sold out on the Vogue Knitting site, but lucky for you, this pattern is now available online! Good things come to those who wait.

You can see that except for the ribbing, I didn’t change any of the colors, although I used entirely different yarns. I just absolutely loved the intense palette as it was! 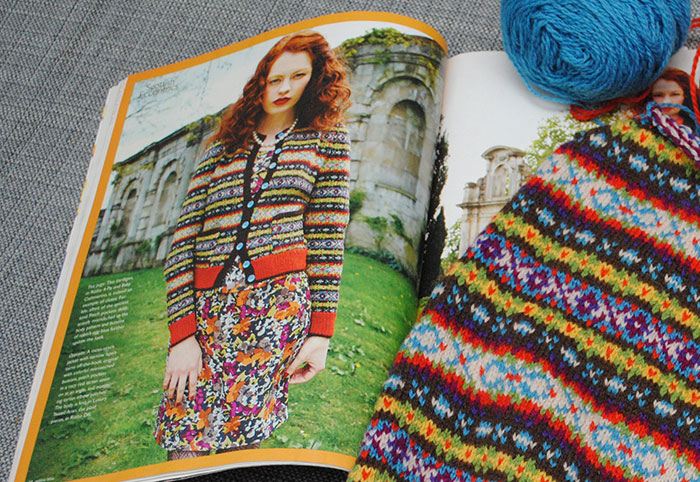 I left myself shady notes, but at least I have the needle sizes, I have my re-worked charts on my iPad, and I have the magazine it came from. And I wrote down all the yarn colors and brands I was using, in case I ran out (thank you, 2 years ago Tasha!). I know I converted it to the round instead of knitting it flat. I have no idea how I intended it would fit (loose or relaxed), nor what my plans were for the sleeves. I’ll have to decide on the sleeves soon… I can either knit them out from the armhole with no sleeve cap shaping in a traditional style (like Susan’s Bowland), or I’m tempted to try the method used in Clara Falk’s Grey Sparrow, where you knit the sleeves each to the armhole, then join with the body (much like you would for a raglan), but shaped in a way that looks like set-in sleeves. Not sure yet! 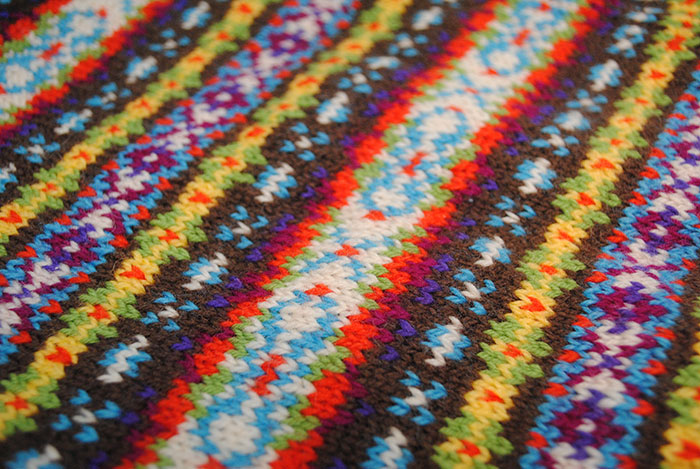 Because it means not having to make a decision on colors for Bowland while I’m rushing to pack and get ready for a trip, I’m going to try and finish up this cardigan with the unexciting name of Cropped Fair Isle Cardigan (on Ravelry here), in the meantime. I may have hit on some ideas for Bowland using bright hand-dyed yarns in my stash, so I’ll ruminate on that while finishing this one.

I’ll rip back to before the armhole steeks, check the body length and see if I want to make any changes, and then make a decision about sleeves. And I should be off and running again with holiday knitting settled!

With any luck, I’ll end up with a gorgeous fair isle cardigan in time to… not be able to wear it for several months! 😉