True confessions, Karen style: I like shoes. A lot.

Yesterday, I posted a photo on Instagram of my shoe collection. Which up until yesterday, had been (embarrassingly) mostly stacked on one another on the floor of my closet. So I finally bought a shoe organizer at Target and put it together yesterday afternoon.

I posted a photo once I filled it up with shoes, and then we went out to the side of our house to work on this: 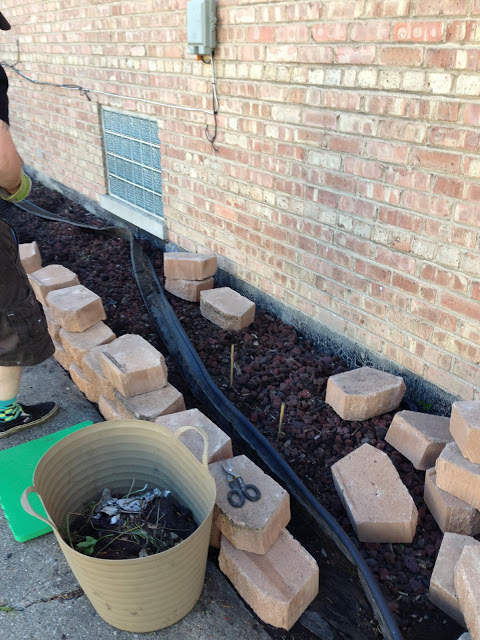 With our house came two beds covered in lava rocks (insert huge groan here), one being inside our small yard (which we haven’t dealt with yet, more groans), and one on the alley side of our house. It really was an eye sore… pieces of at least three types of weed barrier pulling up and showing, plastic garden edging that wasn’t tucked in fully any longer, and covered in weeds. At least the one in the yard has some nice flowers in it.

We finally we came up with the idea of doing a couple of layers of cement blocks from Home Depot as a defining border. They match some that are in one of our flower beds in front of our house, and also act as a border so cars don’t accidentally drive up on it in the winter when you can’t see the alley for the bed because of snow. Then we’ll add a bunch of mulch and plant a few shrubs. We’re not going too crazy because we literally almost never see that side of the house, it’s in the alley, and we have to send a hose all the way from the other side of the house to water it. We wanted simple.

I can happily say after last night, part two (part one was weeding) is now complete! Unfortunately I didn’t get a before photo, but trust me, this is a vast improvement. I think this modest look will do our 1950s ranch proud. 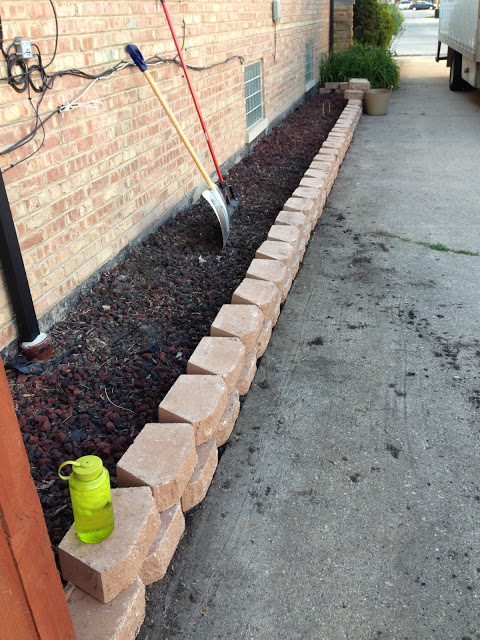 By the way, it will eventually extend to that small stem wall sticking off the side of the house you see in the distance (between the day lilies, a peony you can’t see, and a shrub in the front yard at the far end of the photo). We’ll have to transplant one of the lilies as it’s too close to the edge of the alley for us to get the stones in, so until fall we just made the little wall curve back around to the house instead of go straight, since there wasn’t room.

But back to shoes. While we were working on that, people were going bananas on Instagram over my shoes. I aired my dirty laundry (well, shoes) there, so I’m airing it here too. I rarely wear shoes out to the point where I have to get rid of a pair, so some of them I’ve had quite a long time. There’s even two 40s pairs in there that my mom recently gave me, and she personally wore them in the 80s.

And my confession now: 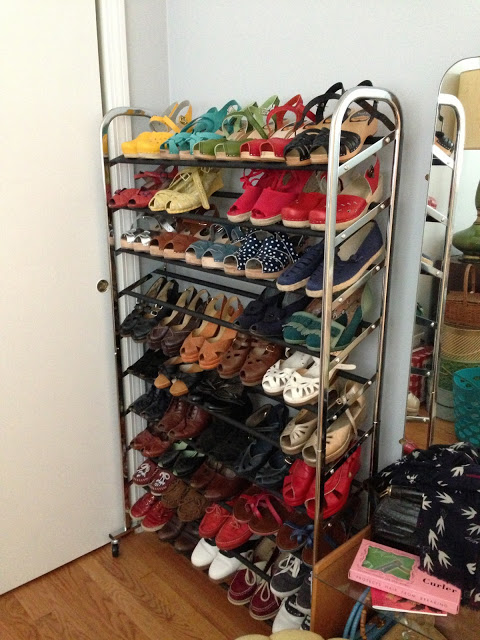 I swear it didn’t look like that much when they were in the closet. What can I say, I really freaking love shoes. And now you have proof.

I’ve always thought I had a much smaller wardrobe and less accessories than many bloggers I follow, but shoes are another story. I could get rid of all my jewelry, carry one purse forever more, cut my wardrobe in half (maybe not my knitted sweaters, heh heh), but so long as I had several pair of shoes, I’d be happy. 🙂

What do you love most in your wardrobe?