Lots of you chimed in with some good suggestions on my mid-century window treatment dilemma post. Thank you! By the weekend, we had pretty much decided on stationary pinch pleat panels off to the sides of the windows, with 2″ blinds set into each window. (A big thanks to Ginny and Barbara for their comments about the weight implications of one big long set of blinds, which isn’t something I would have considered.)

Then this weekend we went to an antique mall in the suburbs and I walked out with two matching vintage pinch pleat barkcloth panels for $12 each. That sealed the deal. Considering eBay and Etsy often turn up panels for over a hundred dollars, and later the same day I saw a set for $300 (granted in much better condition and cowboys, swoon), I thought $12 a panel was a steal! 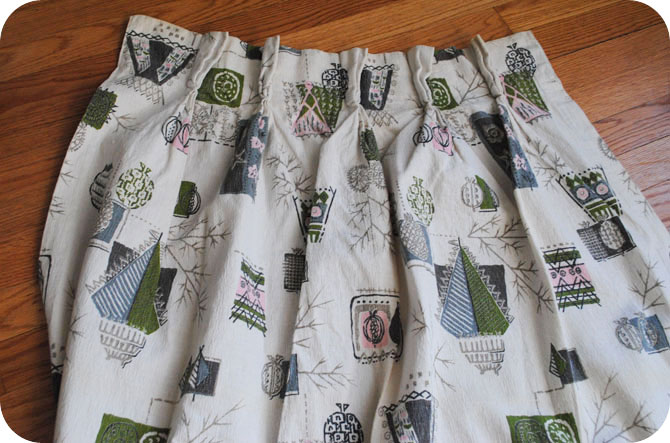 Other than the green, the colors are perfect for our living room. A dark charcoal grey, a blue-gray that’s literally almost the same color as our walls, and a light pink.

They are definitely not in perfect condition. There’s some yellowing on a few crease lines, and a fairly big yellow spot on one of them. But considered they’re on a white background it’s surprising they don’t look worse. And when I held them up to the window I honestly could barely tell. I guess I found a way I can actually be thankful we don’t get too much natural light in that room. Ha! 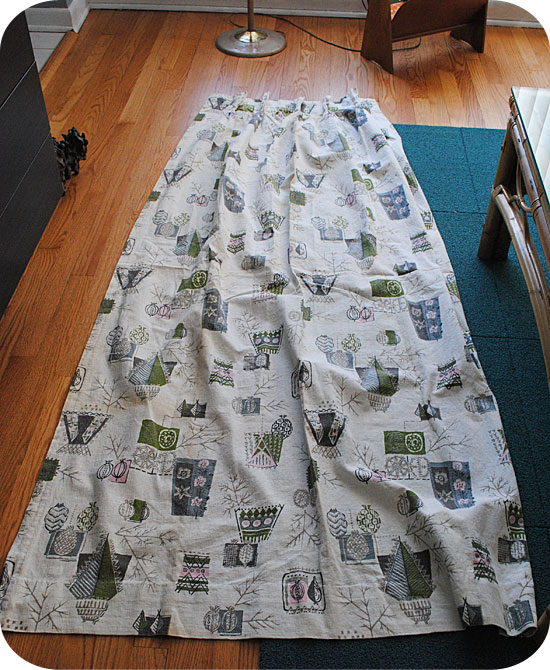 The panels are 24″ wide at the top and the pleats are sewn into position, so there’s no tape across the back. I’m not sure exactly where I’d put drapery hooks, so I’ll have to investigate a bit. The length is 75″ which isn’t super long, but long enough to cover the entire window and a bit more. And with just two small stationary panels to worry about, I can always switch them out easily in the future if we want something more formal length or just want something a bit different.

Here’s the bonus: a third panel that almost matches! It was in worse condition (including 3 holes), but there’s still tons of salvageable fabric. What’s charcoal gray on the other panels is actually brown on this one, and you can see the pink is brighter. I see matching pillows in our future! 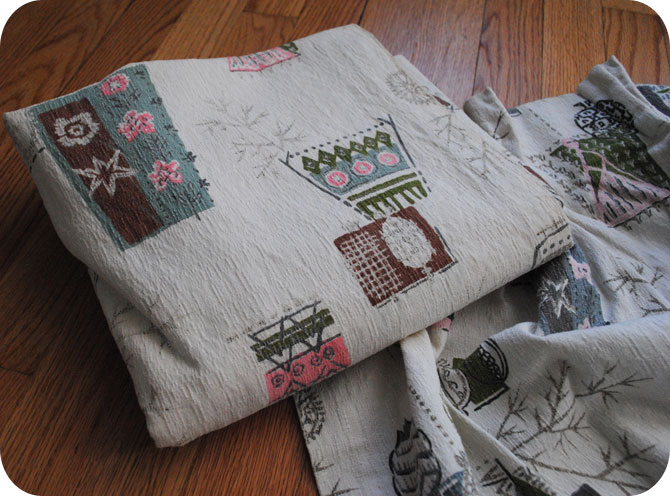 I thought initially that maybe someone tried to clean the other two panels too many times and the colors faded, but they didn’t bother with this one since it had holes. But when you look at the selvage on the inside, the writing is darker on the two matching panels and much more faded on the panel with the brown and brighter pink. Also, the sort of twig-like part of the pattern is more faded on the one with brown, too. That panel is also 2″ shorter than the other two. So I wonder if someone really loved the print and had two slightly different versions featured in two different rooms or areas of the same room. Forever a mystery, I suppose.

It took awhile to make out the wording on the selvage, but it says Gold Tublables (Tullables?) Everglaze / Mayan Pattern / Guaranteed to be Vat Prints. “Gold Everglaze” made me think there was originally some gold on these panels. And a bit of sleuthing turned up what our Mayan Pattern drapes (or at least the one with brown and brighter pink) probably looked like in all their original glory! 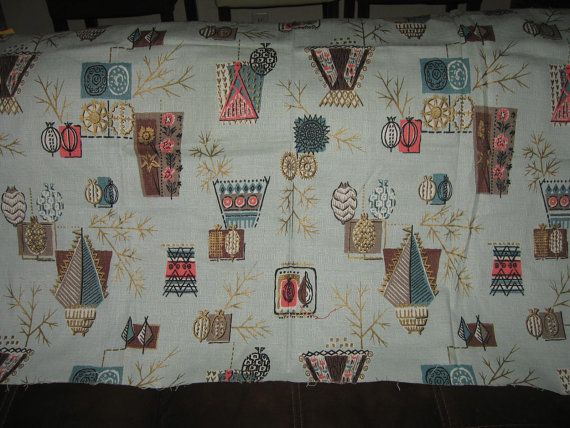 I almost wish I hadn’t looked that up, it’s so amazing! Oh, for that gold “everglaze” now… 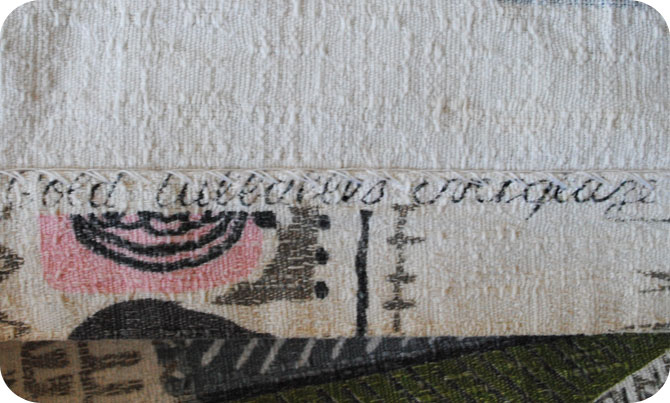 But I’m still thrilled with our find! Even though our panels aren’t as bright as they were once upon a time, it makes me happy to know that some woman before me had these drapes hanging in her home and lovingly washed and cared for them over the years. 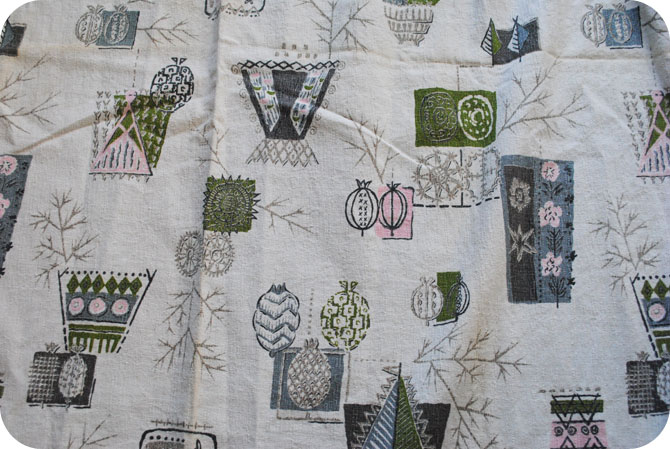