Hello my friends! And a very happy 2013 to you. I’m marching right into this year, full steam ahead.  I have two new knitting projects on the needles, and a stack of sewing projects I’d like to start.

In fact, I’ve already learned something about sewing this year: ideas that sounds brilliant in your head don’t always translate to a project the way you expect them to. And I’m having to remind myself that’s okay. I’ll share more soon but in the meantime I’ll give you a little taste. It involves that pretty fabric on the top of the stack below. It’ll be fine, just not exactly what I was picturing in my head. 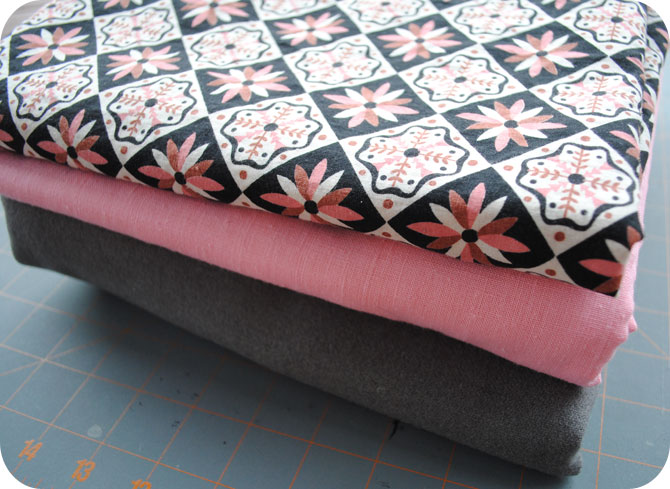 I think the moral of the story is sometimes you just have to try something to know if it’ll work out. The best laid plans and all, right? This was an idea I had kicking around in my head for months, but now that I finally sat down to start it, it’s turning out to be more trouble than I think it’s worth. But I’m glad I tried it, and in the end I’ll have at least one coordinated outfit in my closet. Plus, if I’d never tried it I would have kept on planning and wasting brain space that can now be spent planning something else. Yahoo, right?

Have you learned any lessons when you tried something new in a project that didn’t quite work out?