I sat down to do a post catching you up on our painting success after my retro fail living room post, but on the camera I found photos Mel and I took a couple of weeks ago when I was cutting the armhole and neckline steeks for my current fair isle project.

So instead, I just wanted to share with you the beauty you can find (or at least I can find) in knitting photos. A simple, traditional task in a fair isle knit, cutting a bridge of stitches in your knitting to open up an armhole, neckline or cardigan front, looks so serene and pretty when followed in just a few pictures. Well okay, maybe the scissors do look a bit scary.

Armhole before the snipping begins… 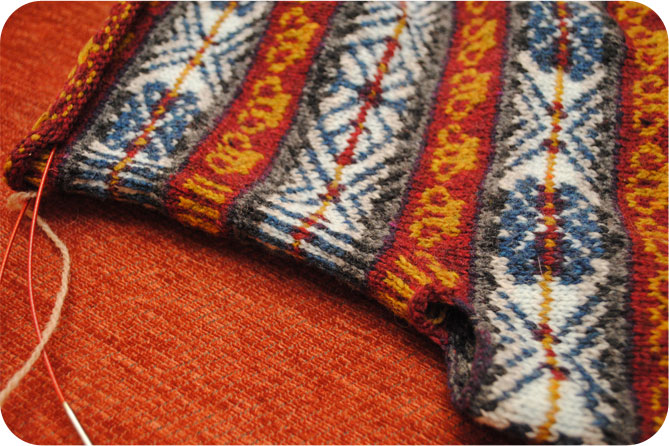 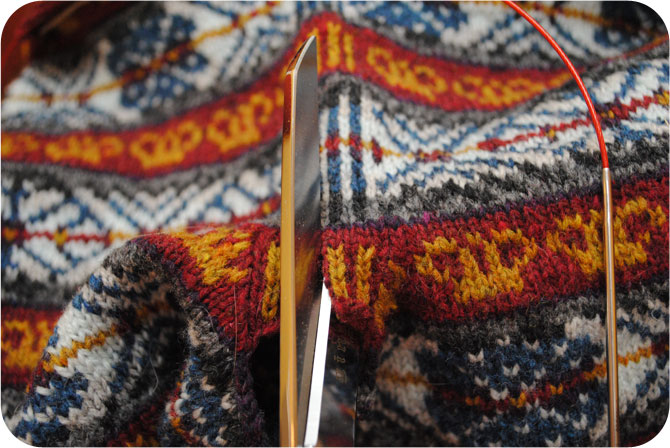 Armhole after the cut…. 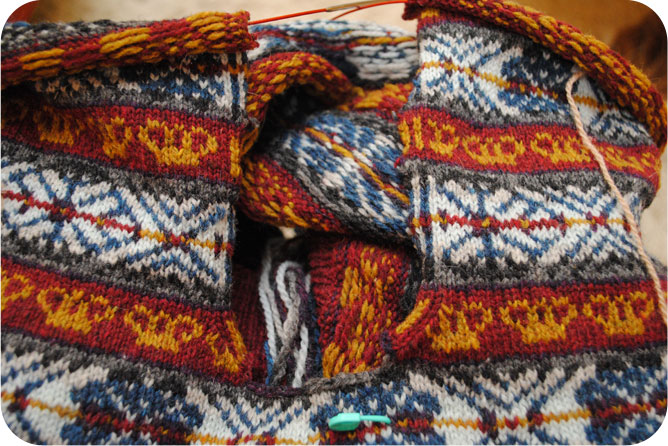 I’m (slowly) knitting plain red sleeves (the same red as in the body), out from the armhole with shaped sleeve caps, a method outlined well in Custom Knits by Wendy Bernard. I initially planned to knit the sleeves flat two at a time, but having just done that for my Knit It In Flag Colors pullover, I needed a change. That’s just too many red sleeves knit flat, two at a time! So I switched it up for this one. I’m going slowly because I haven’t had much time for knitting lately (too much planning on the home decor front), and because they’re kind of boring. 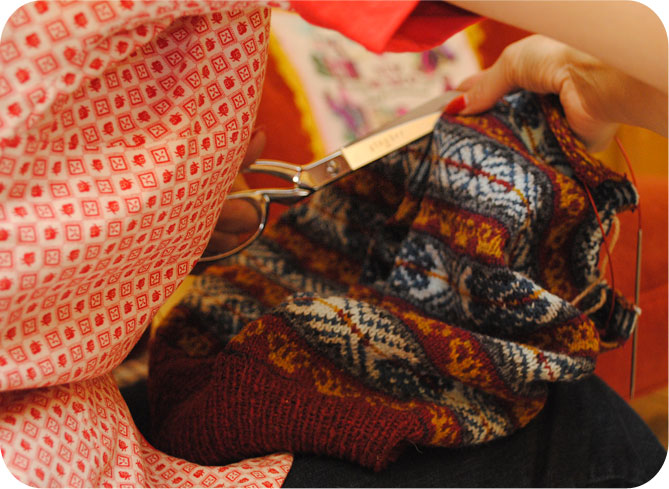 Sorry, not much of interest for non-knitters in this post… hm, well, here’s one tidbit: that’s a vintage blouse I’m wearing (probably from the 50s, and I believe home sewn), with a delightful mini strawberry and diamond print. And it’s reversible to pink on the inside. How clever is that!