Fall! ‘Tis the season for knitters everywhere to enjoy their woolies!

I was determined to get a bit of accessory knitting in early for Fall, and diligently started back in August when I first got bitten by the Fall bug. My initial plans were for a matching fair isle beret and fingerless gloves from the book Vintage Knits by Sarah Dallas, as well as a pair of gloves from this free vintage pattern and a beret in the same yarn to make a matched set. I knit the lace gloves first, and wanted to knit the fair isle beret next to break up the type of knitting I was working on, but I had a suspicion that two sets of matching beret/gloves would be asking a bit much of my attention span when I had other knits on my mind, too. So I included the yarn used for the gloves in one of the motifs in the beret, thus giving me the opportunity to wear those together as a set! 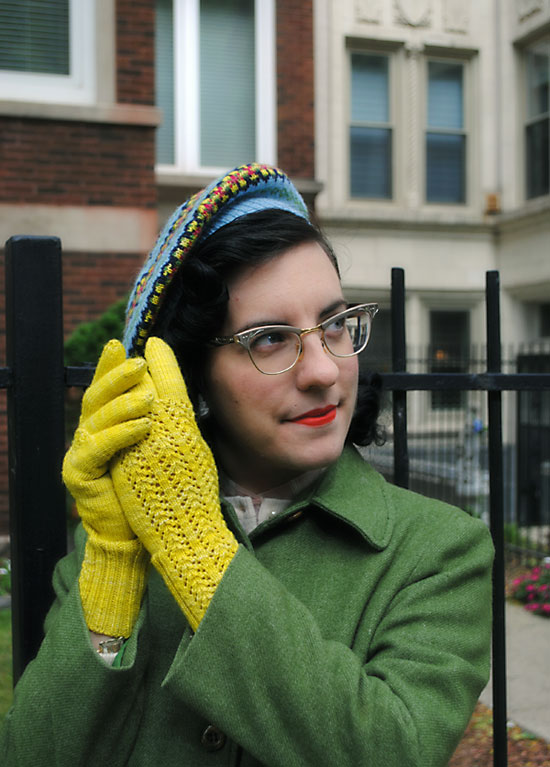 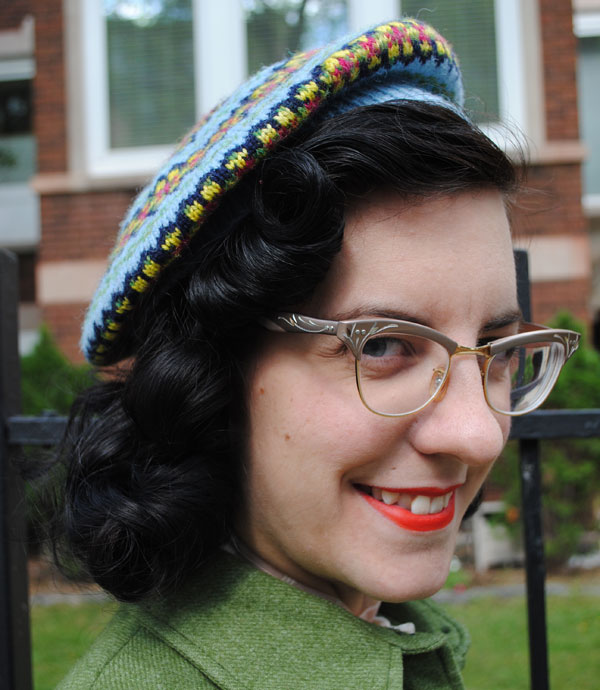 The beret is knit in a mix of yarns, from Shetland to cashmere merino hand-dyed. It was fun to knit, however there was an error in the pattern in the book that I had to correct before I started. The motif in the chart was incorrect compared to the sample knit in the book and the tiny picture of the original vintage (the patterns in the book are all based on vintage patterns). I was able to tell looking at the chart as the motif wasn’t mirrored, and just looking at it you could tell something was amiss. Fair isle is always well-balanced, and this obviously wasn’t. So I re-charted it and knit from my chart. The only other change I made was to knit the ribbing using about 15 less stitches than called for, since I wanted it to stay nice and tight. I just made up for the difference in the number of stitches I increased in the first row after the rib. 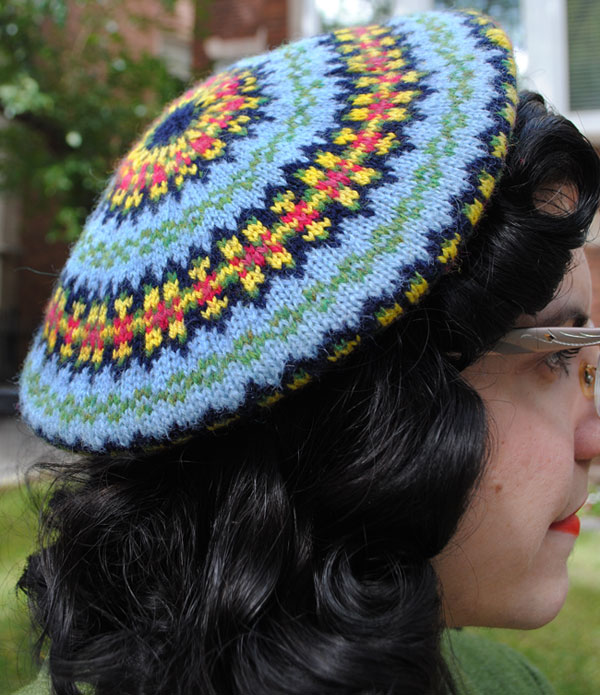 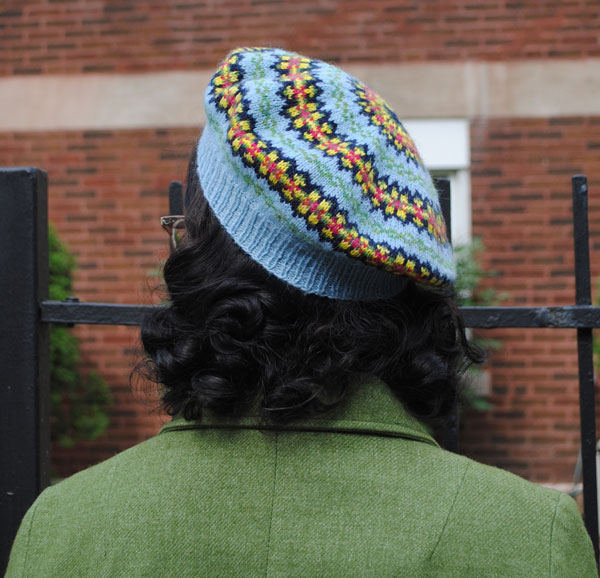 The gloves were easy to knit, except the fingers. I always avoid knitting fingers because they are a giant pain in the rear, but I knew I wanted these to be gloves so I did it anyway. In the end I’m glad I did, even though I think the fit could be a bit better between the hand and fingers. However there’s no way I would rip back 10 fingers to try and change that, so they’ll be enjoyed as they are. 🙂 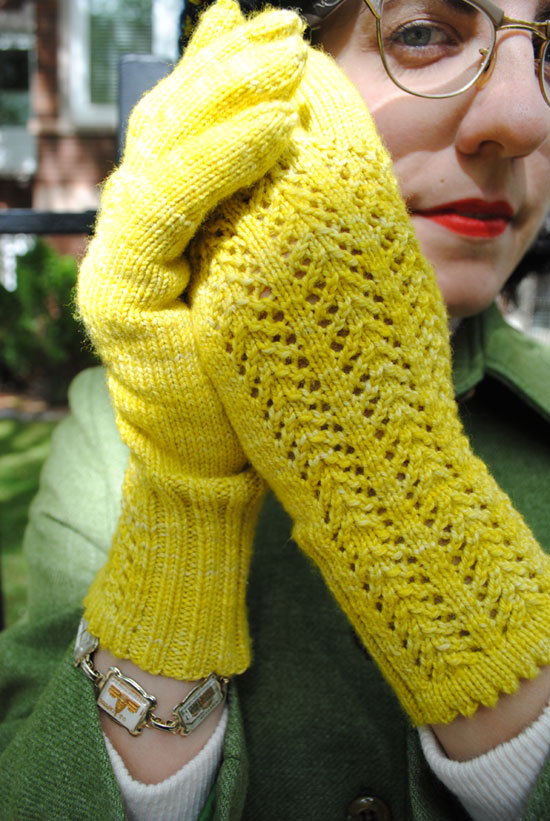 The lace pattern was easy to knit and only had 4 rows to the pattern, but I charted it on paper because knitting lace by reading rows is a bit of a chore. 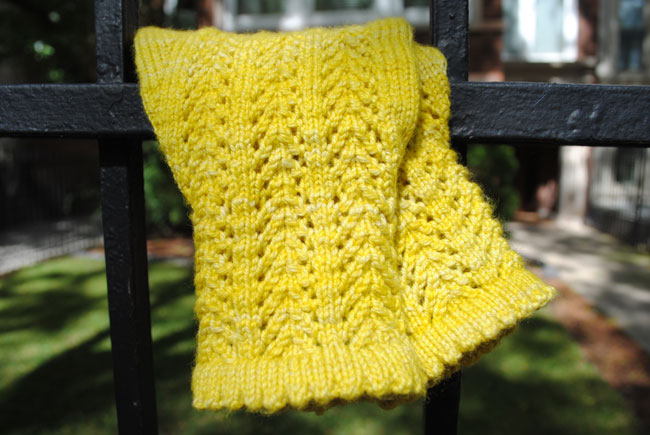 The cuff was quite interesting in the pattern. It uses a picot hem on the front of the wrist, and ribbing on the back to keep them nice and tight. I couldn’t quite envision how it would all work before I started knitting, so it was fun to see it take shape. Sometimes knitting can be like that, you don’t really know what will happen until you do it!

I also lengthened the cuffs quite a bit compared to the original pattern, as I particularly wanted to wear them with my green jacket which has sleeves that hit just above my wrist. 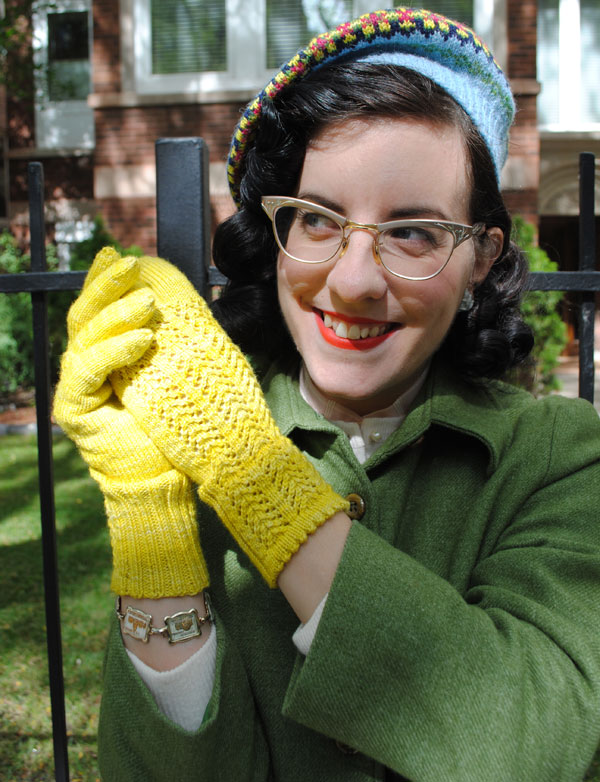 Truly it’s not quite cold enough to need gloves just yet so I only donned them for the photos, taken outside an interesting old apartment building in my neighborhood. But they do look swell together, I think! 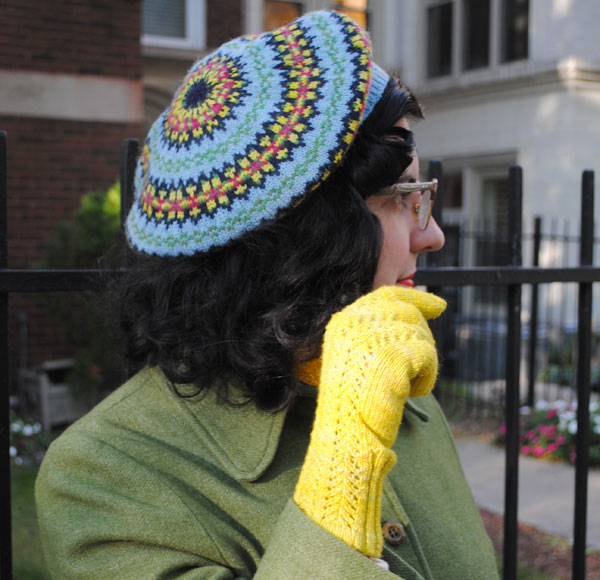 Anyway, I’m quite pleased with both projects. While my head is spinning with other fun accessories, it’s time to get to some sweater knitting. A big batch of yarn arrived in the mail today and I’m so excited to get to it (hint: it’s for my Colorwork: 101 sweater)! 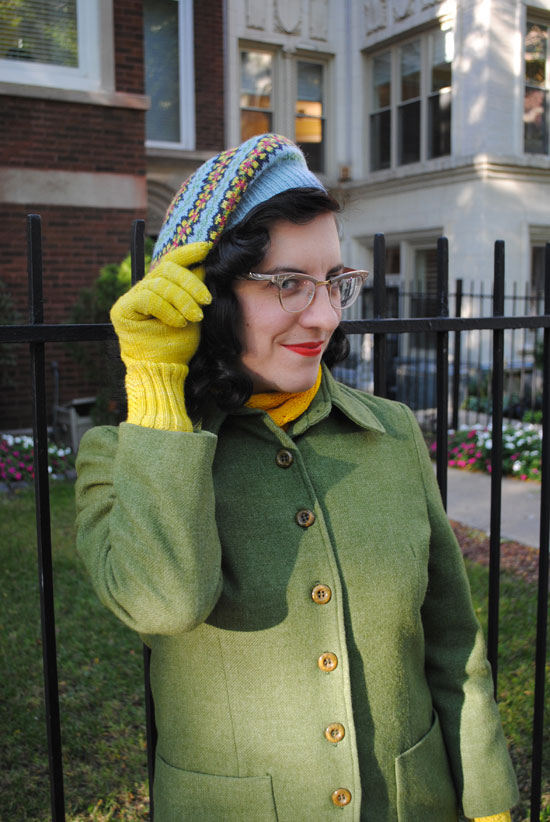 Are you knitting anything fun for Fall??