Today the funniest thing occurred, and something rare in the life of a knitter, I think.

A new reader to my blog, Miss Margarita, left me a comment this afternoon, and when I went to her blog I discovered an adorable photo of her… wearing a sweater I’ve actually knit for myself! Miss Margarita, I believe you and I may be cardigan twins! From her blog, it says it was knit for her as a gift (lucky duck!). To add even more intrigue to this story, she lives halfway around the world in Norway.

I had to run right to my drawer and put it on to snap a few photos of the sweater before my brief window of after-work sun faded. So don’t mind the tired face. 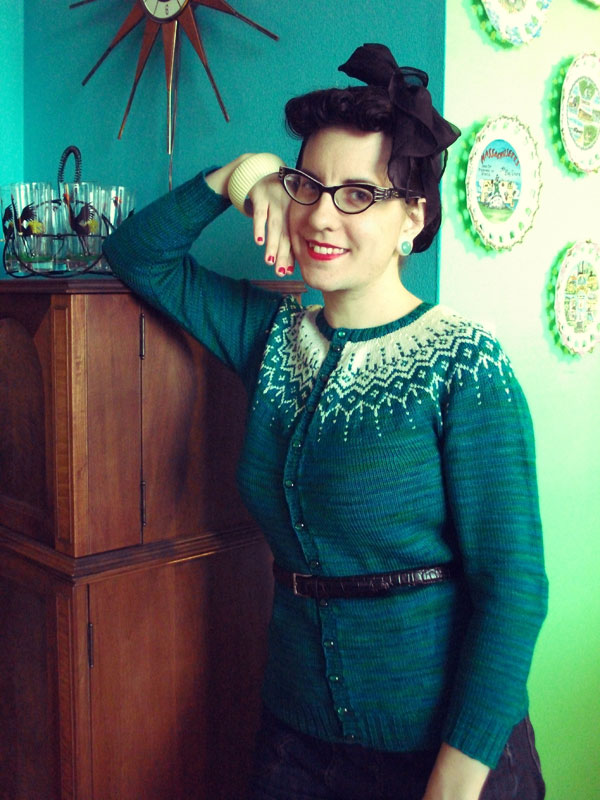 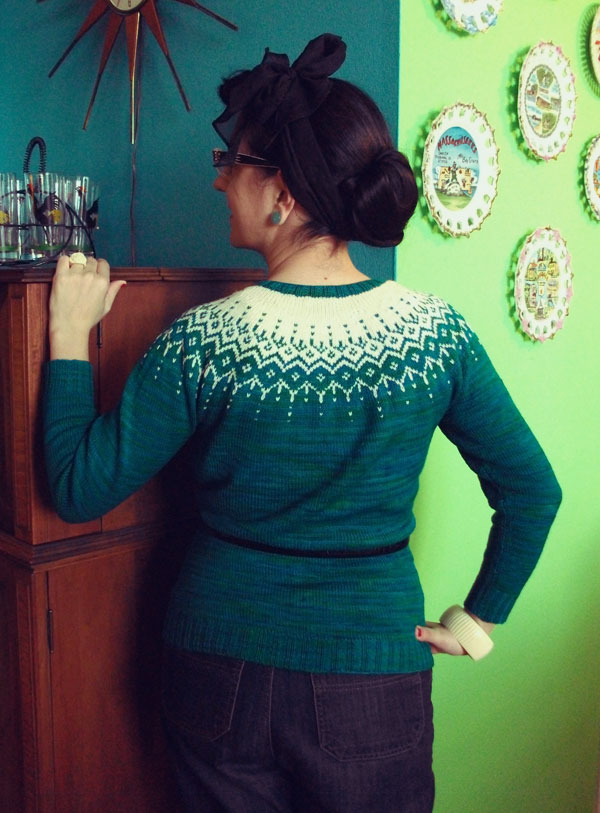 It’s not a vintage pattern, but I feel it’s reminiscent of vintage Nordic knitting patterns, which I love and collect. It’s a DROPS Design pattern. DROPS is a Norwegian company that writes patterns and manufactures yarn. They’ve translated most if not all of their patterns into English, fortunately for those of us non-Norwegian knitters. 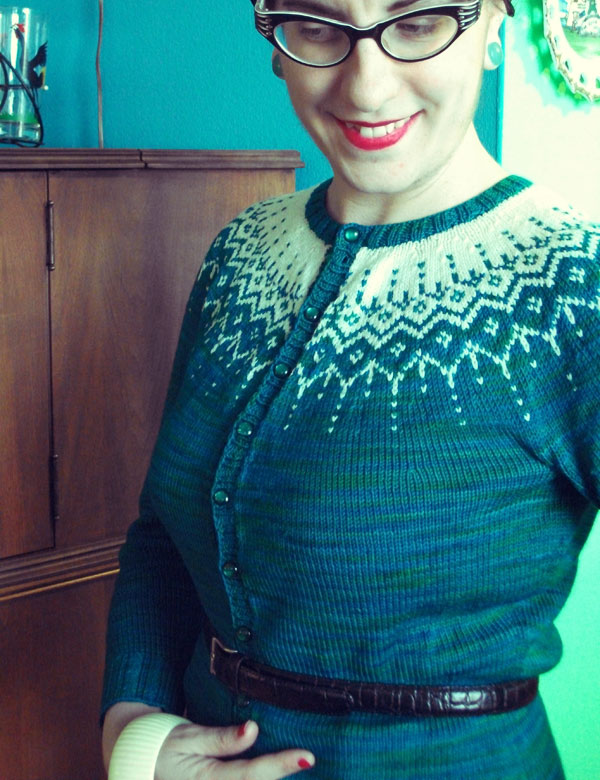 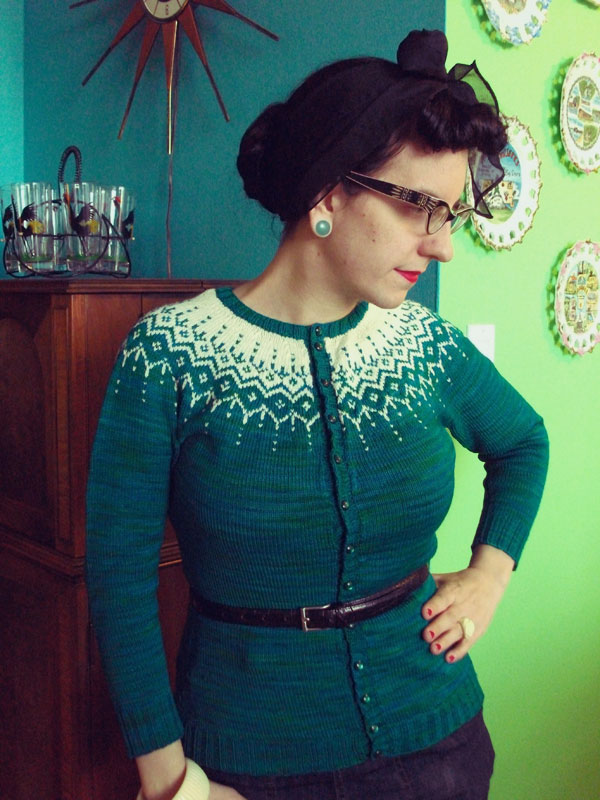 Now I once saw a woman in downtown Chicago wearing a hat that I’ve also knit, but it was a pattern that was extremely popular on Ravelry (4,200 people have knit it), so while I was surprised, I wasn’t that surprised.

But what are the odds of finding another vintage-loving blogger, halfway around the world, with the same modern hand-knit sweater as I knit myself?? (That, incidentally, Ravelry says only 79 people have knit. And several of those, including mine, were knit during a knit-along with that pattern the summer I knit mine.)

So Miss Margarita, if you read this (you’re probably in bed right now in your time zone, lol), you’ll have to tell me if this is indeed the same sweater, or just looks similar. Cheers!