This weekend I finally finished up a languishing project! My birdie blouse, from vintage Simplicity #4256. 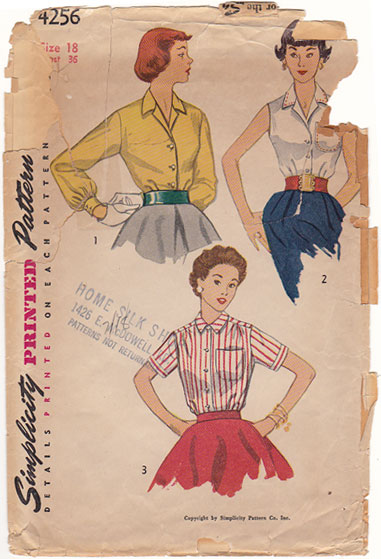 I sewed view 3, which is a basic collared blouse with gathers at the shoulder and cuffed short sleeves (I omitted the pocket). I started this blouse about a month ago and it gave me fits in the beginning due to the collar. I’m still not completely convinced that the methods I’ve seen to attach a collar and facing are humanly possible (at least, by this human), but I worked out something that seems fine. I’ll give it a shot again on a future project.

I fastidiously did a muslin and I had a feeling the blouse would be too big. I need to take careful notes on what sizes of what pattern lines seem to run big, something I haven’t been doing. (Actually I need to learn to take better notes, period. Something more than randomly scattered pieces of paper and post-its.) I’m starting to feel Simplicity runs big for me. The odd thing was that my muslin fit a little tighter than my final blouse and I’m not sure why. So it’s a little larger in the waist area than I’d like by a couple of inches per side, but not awful. Though I know that I’m way more hard on myself when I’m the one making something than when I’m buying something. 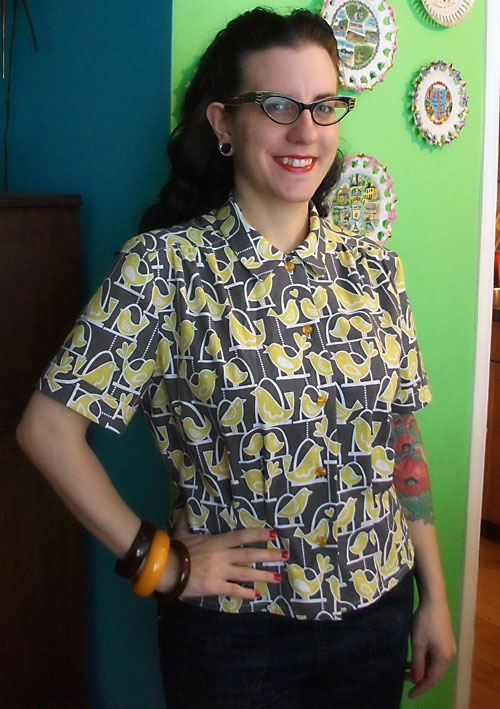 I got the buttons from The Button Emporium years ago and they finally found their way to the right project. They are plastic self-shank buttons in a lovely butterscotch color and come in a few colors and sizes.

I’m pleased with the blouse, even though there are a few things that bug me slightly. At the time I started it, I didn’t have any gray thread so I used white. The hem is a little wonky because I didn’t have the tension adjusted quite right and was halfway through before I noticed it. I hate hems so I wasn’t about to pick it out and redo it. C’est la vie. 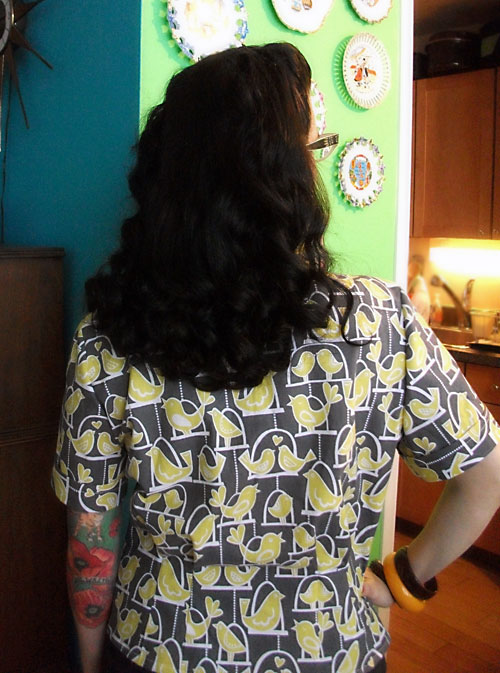 The facing is not attached to the bodice but is the same piece so it’s not interfaced, and I think the very top was a little goofy because of that. It didn’t really matter since I planned to button it up all the way, but it would have bugged me if I wanted to wear it with the top open. I used a little trick I learned from one of my vintage blouses and sewed a small snap up at the top under the collar where you can’t see it. Next time, I’ll probably omit the top button and go for a little hidden loop closure. (How does one work that loop, anyway? Miniature crochet chain with embroidery floss, perhaps?)

And yes, you’ll notice I didn’t match up the patterns on the front… you have got to be kidding me. I was so not going to do that. I will worry about it when I get better at this stuff.

There were two main reason I didn’t finish this weeks ago. First, I was dreading having to trim off part of the hem because I made the mistake of trying something with how I hemmed the facing and ended up making the hemline too deep, so I finally buckled down and unceremoniously chopped off the excess. 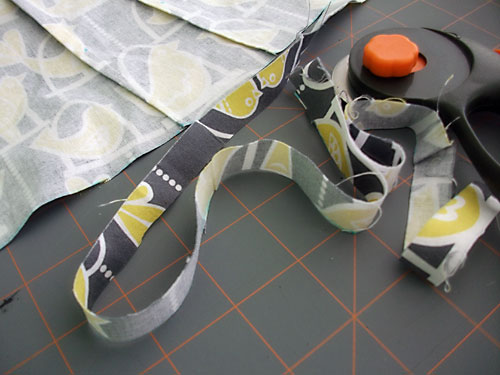 Second, I was also dreading making the buttonholes. Except when I sat down to do it, having already forgotten how to use the four-step buttonhole function on my sewing machine even though I just used it last month, I realized something. I was making it way more difficult on myself than it was supposed to be, because I had been using it with the little plastic cover for the feed dogs that you’re supposed to use for embroidery. I think this dunderhead error was due to initially reading in my manual how to sew on a button versus sew a buttonhole. Once I removed the unwanted piece out of the equation it was a breeze. I will never fear buttonholes again.

I also learned a trick in one of my sewing books. I know seasoned sewists will already know this, but I didn’t, and it was a big help. I’ve always had a hard time sewing over several thicknesses of fabric, like going over a dart on a hem. I learned that if you put a little helper (in my case a folded up piece of paper) under the presser foot at the back just before you go over a hump, it evens out the presser foot and makes the transition smoother, so you’re less likely to get skipped and funky stitches. Amazing how something so small can be such a big help. 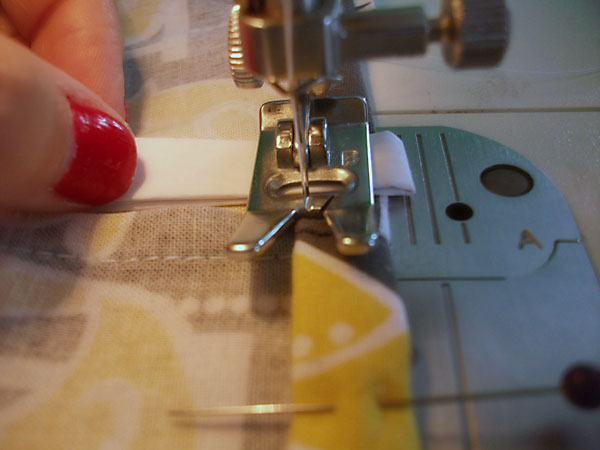 So, another learning experience. I learned that cool trick above. I learned that big patterns don’t really pair that well with gathers (too busy). I learned to raise waist darts so they hit my actual waistline. I learned I probably need to take better care in how I pin buttonholes on myself when working a muslin so I don’t think a garment is going to fit better than it will. I learned I’m still looking out for the perfect blouse pattern.

But, birdies on swings! I love them! 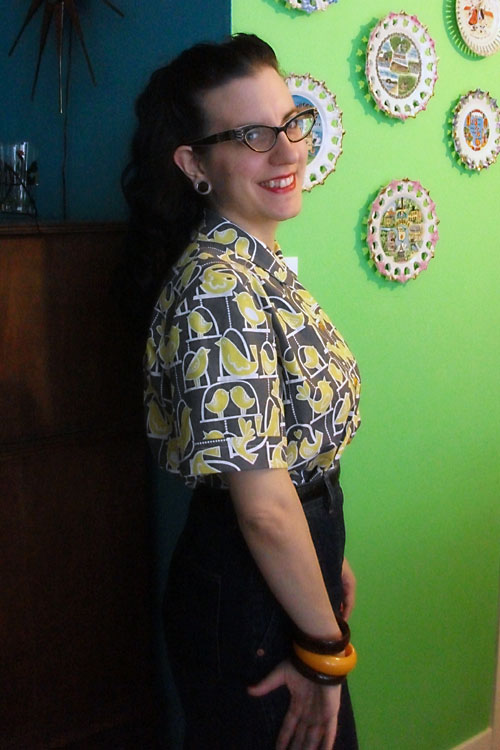