Sometimes a project just isn’t meant to be that project. Case in point the short-sleeved sweater I started a couple of weeks ago, Fair Isle Yoke from the book A Stitch in Time, a beautiful book of vintage patterns that have been re-worked by the authors. The neat thing about this book is they show the modern pattern and the vintage pattern, so if there’s any question or you’re curious about what technique was originally used (though the authors are quite true to the originals), you have the vintage pattern as a reference.

Anyway, I was working Fair Isle Yoke. I changed my mind yesterday. I’m knitting the body in the round up to the armpit, where I’m separating for the front and back to work them separately (leaving two less seams to work, something I sometimes do). Right at the armpit level I decided hmm…. I don’t think this wants to be Fair Isle Yoke. I think this wants to be Knit it in Flag Colors. 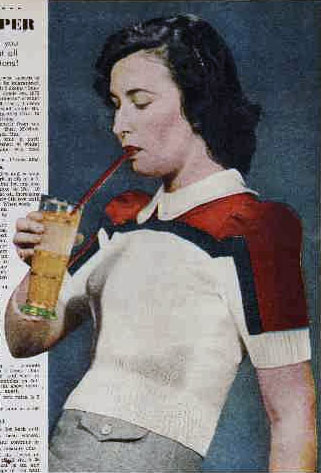 Knit it in Flag Colors is a free vintage pattern from the June 13, 1942 issue of Australian Women’s Weekly. The newspaper has been digitized and the pattern is available online. It’s been electronically translated so there was actually a mistake that I was able to fix for them. 🙂

The fun thing about simple stockinette sweaters is that you can do things like this. “Oh wait, I want to knit this instead…” Obviously there’s a point of no return, but I wasn’t there yet so here I am, working on a different sweater entirely now at the drop of a hat. 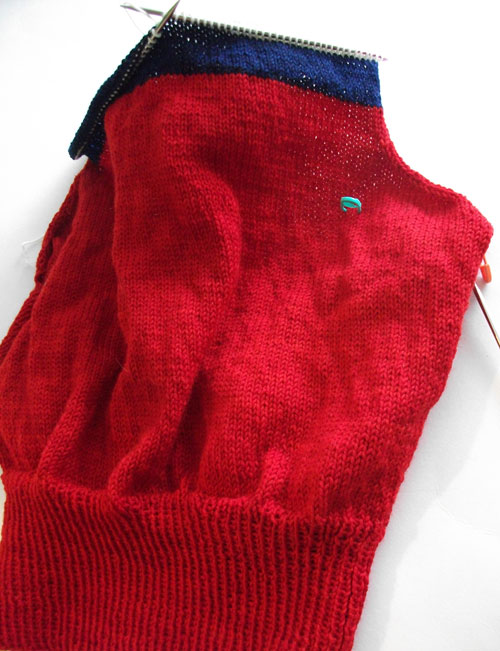 Instead of the same color scheme as the original pattern, because I was already working in red, I’ll just be flip-flopping the white and red, so the body will be red and the top of the yoke and sleeves will be white. 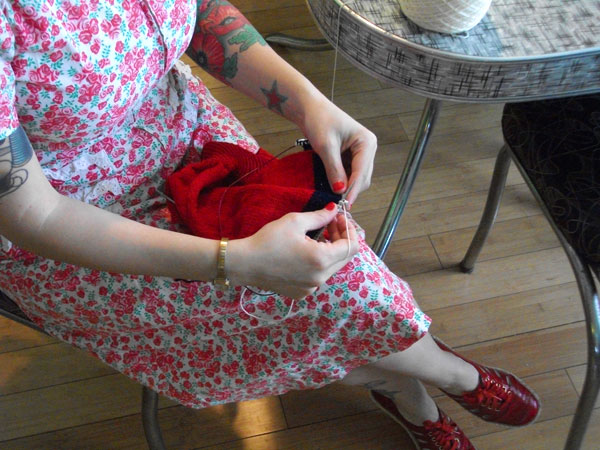 Not sure if I’ll be doing the collar yet. What do you think? 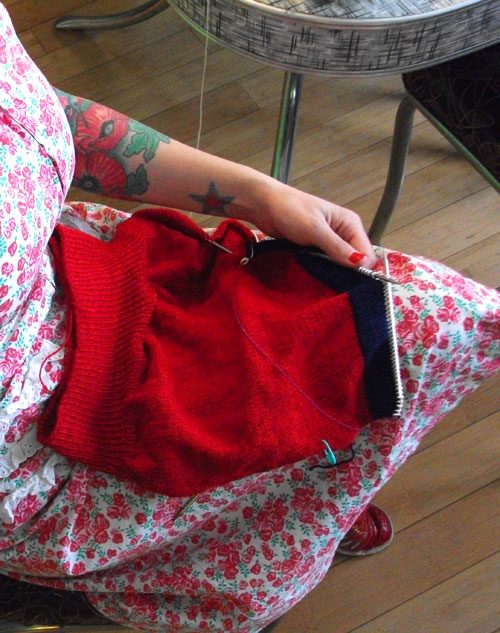 Don’t worry, I’m still pulling ideas together for the vintage sweater knit-along! I’m prepping for a preliminary post on that soon…