My goodness, it feels like it’s been just about forever since I’ve been able to do anything related to my blog. Or reading any blogs, for that matter. Or knitting. Or sewing. Or anything. I feel like I’ve dropped off the planet…because I pretty much have!

So what have I been up to? Mel and I are selling our condo and buying a house!

I know, no reason for keeping that a secret, right?? Partially I didn’t want to say anything until I knew how things would go, and partially, well, I’ve been too busy to even think about blogging, I’m sorry to say! Things have been pretty crazy around here for the last couple of months as we prepared to get our condo ready to go on the market, which meant lots of decluttering as well as having the entire place professionally painted. 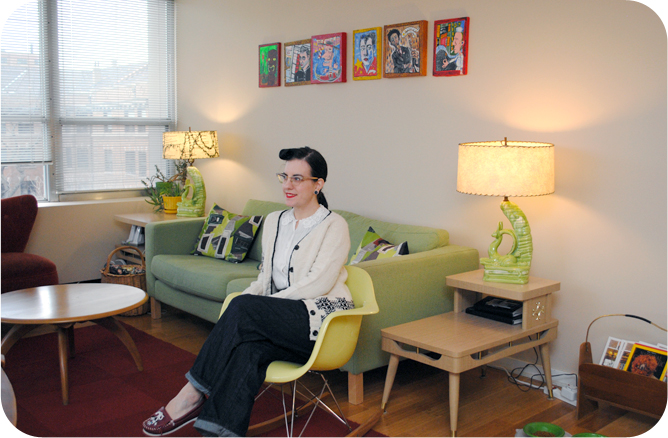 (Outfit details: messy hair & ratty nail polish because I’ve been too busy to do anything about my appearance, Freddie’s of Pinewoods jeans, white lace collar vintage blouse from Etsy, cardigan knit by me a couple of years ago.) 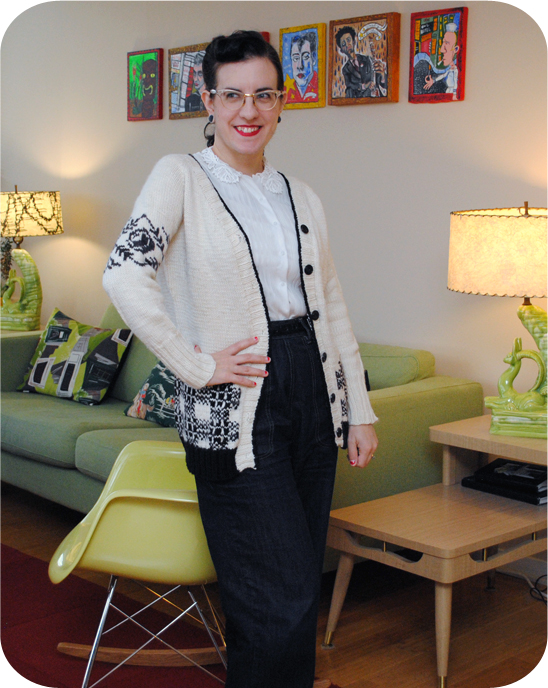 What we didn’t expect is that our condo would sell within a week of being listed and we’d be house hunting way sooner than we expected! Here I was all prepared to hurry up and wait, and instead it’s just been more hurry up. And last week, we found a house we really liked. After some negotiation our offer was accepted! The inspection is this afternoon, in fact!

Pardon my excessive use of exclamation points in this post, I’m just a little bit excited as you can imagine. It’s been a dream of mine to own a house for years. But I’m staying grounded. Of course you never know how everything will go, and I probably won’t realized this isn’t actually all a dream until after we’ve closed on the condo, closed on the house and moved into the house. But we’ve both been staying very positive throughout everything and we’ve feeling very hopeful.

I don’t want to share too many details about the house yet (chalk it up to the 12-year-old in me who doesn’t want to “jinx” anything). It will be a big neighborhood change in the city to a further-flung quieter and more single family home area than our current high-density neighborhood that’s packed with people, restaurants, shops and bars. Some of the pros of that change are being able to actually afford a house, breathing room which we’re really ready for, a shorter commute to a different part of the city that we do like to spend time in but almost never do because it’s far from where we currently live, and being close to the highway which makes it much easier for weekend getaways. As for the house itself, it’s a very petite and modest 1950s ranch in nice condition (though we’ll see what the inspector says). Everything about it suits us quite nicely. A great little vintage house for us!

There you have it. If you’ve at all been wondering why I have dropped off the face of the earth, it’s because I’ve been involved in decluttering and stress and staging and packing and planning and painting and fretting and worrying and house hunting and more fretting and worrying and stress. I’m hoping the next 2 months until closing will calm down a bit, except of course for all the packing we’ll need to do.

I don’t expect to have too much time to blog until after we close at the end of March (or frankly much to blog about). But on the bright side, just think of all the new exciting things I’ll have to blog about once we do move!

So I’ll leave you with a few more photos… a close up of the colorwork of my sweater for you knitters out there (yes, the plaid was 3 colors knit flat and that was just as annoying to knit as it sounds like it would be), my favorite outfit photo spot in our condo with the new paint job, and a gratuitous photo of Pia. 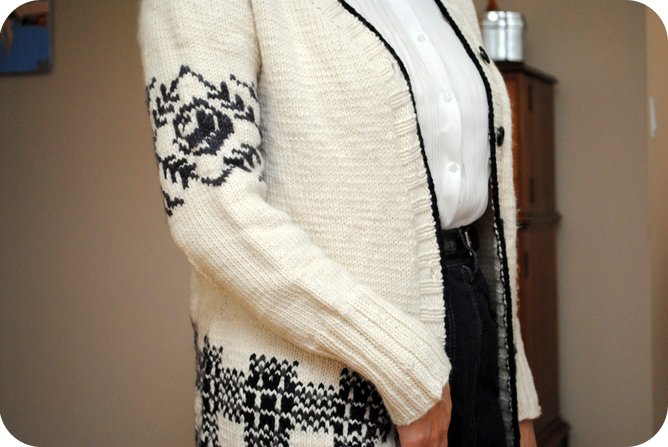 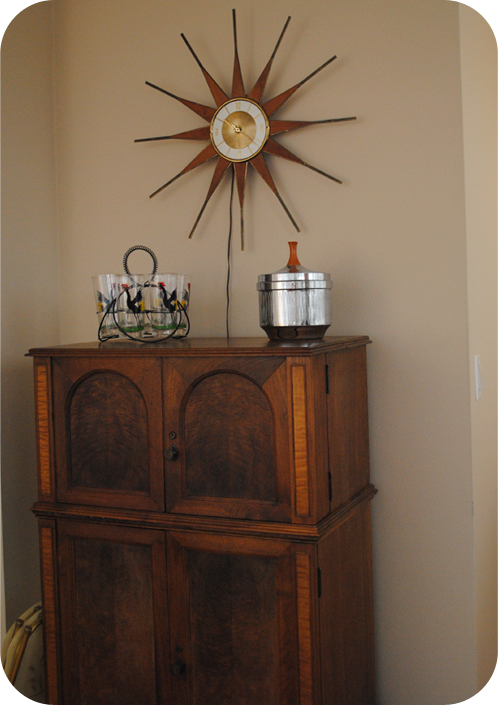 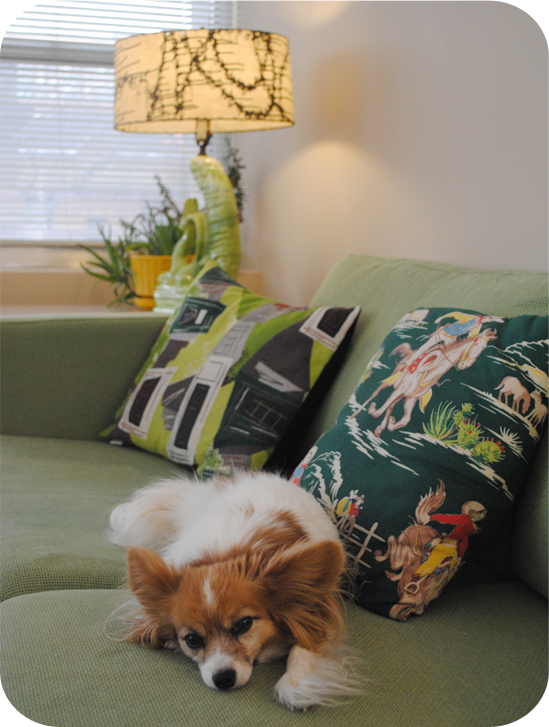 I can’t wait until I have the time to actually knit and sew and think about fun vintage things in a new (vintage!) house. And I’m very much looking forward to sharing that with all of you. I’ve missed you guys! 🙂